Artist, Radio Personality and CEO of Boss Radio Live Phelo The Great is releasing his upcoming project The Book of Phelo Break up 2 Make up Volume 1. The album comprises 4 chapters; the first chapter Break up 2 Make up features 5 tracks.

Break up 2 Make up Volume 1 is the perfect mixture of smooth vocals and killer bars. Listeners will be in for an exciting roller coaster ride as each track chronicles the many facets of relationships from the moment of intrigue to connection and explores the highs and pitfalls. Phelo offers personal insight into past relationships, struggles, and life lessons. The album is a classic, it’s relatable and one that you can play in heavy rotation.

The consensus from the attendees was that the album is FIRE.

“It gives me Tupac Vibes,” “Feel Good Music,” “It’s genius! Pure Work of Art!” Fans are definitely in for a treat with this project.

The first track on the album GONE BABY GONE FT. J STORM, PRODUCED BY BROADWAY, released today and is available on all streaming platforms. This track is Hot! It’s the new Anthem for all women. Positive feel-good message, banging beat, amazing vocals and bars for days.

The remaining album lineup and single release dates are

FEBRUARY 14 – VALENTINES DAY! We will give YOU & ME TONIGHT FT. TONE JONEZ (PRODUCED BY TONE JONEZ)

Head over the PhelotheGreat.com for more details and to follow the movement.

About Phelo The Great 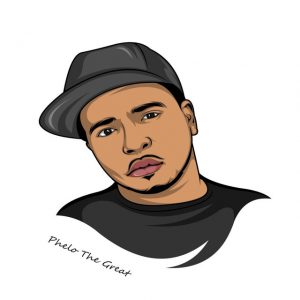 Phelo the Great is an American radio personality, executive producer, entertainer, and veteran of the military. Since the precepts of the military are honorable and a source of pride to patriotic Americans, the birthing of his media company, BOSS RADIO LIVE, was inevitable.  Phelo parlayed his love for philanthropy and humanitarian missions into a movement. — Phelo hosts the Tennessee Takeover, Tuesdays at 7p EST. Guest can call in and Listen Live via the Studio Line: (516) 666-9834)  ~phelothegreat.com

*Special Thanks to Valerie Denise Jones of Big Media- valeriedenisejones.com **

Leave a Reply to Phelo The Great Cancel reply