The countdown begins for the highly anticipated release of Shake Banks newest project “20 – 3 – 1” Unlocking The Truth Of A Life Sentence slated to drop on September 11th.  Fans new and old are in for a true page-turner with this book. 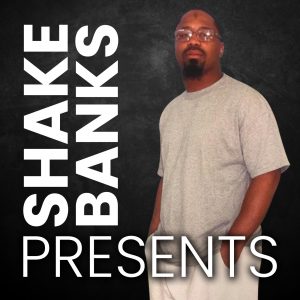 With hundreds of thousands of black men caught up in the trappings of American racism, capitalism and street crime, 20 – 3 – 1; Unlocking The Truth, unravels the hard realities of one man’s predicament, which led him to a life sentence in prison for his willing participation in illegal drug sells. From his birth name of Christopher Williams, to the street name of Shake Banks, and the eventual enlightened Muslim name of Amir, Unlocking The Truth does exactly that, pulling back the veil from the many layers of American brainwashing, not only on the mean city streets, but in the government-regulated school systems. Dare to take this unrelenting and unapologetic journey through poverty to ghetto riches to a life of imprisonment, with a man who no longer has reason hold back or hide anything. Meanwhile, 20 –

3 – 1 may unlock the code of understanding that saves hundreds of other young black men from receiving the same fate.