All true lovers of hip-hop music know you can’t mention the genre without including Cheryl “The Pearl” Cook, formerly of the iconic group  The Sequence,  hip hop’s first female trio signed to Sugar Hill record label.  The Sequence consisted of high school friends “Cheryl The Pearl” Cook, Gwendolyn Chisolm, known as “Blondie” and Angie Brown Stone, as Angie B.

The group quickly flourished within the hip hop community, touring with the Sugarhill Gang and performing alongside other legendary artist such as Kurtis Blow, Grandmaster Flash and Kool Moe Dee.  The track  “Funk You Up” was the groups most noted hit and was the first rap record released by a female group.  Along with its debut success, “Funk You Up”  has been sampled or invoked by artists like En Vogue, Boogie Down Productions, Ol’ Dirty Bastard, Ice Cube, Flavor Flav, De La Soul and Trina.   Most notably, its hook “ring-ding-dong” was interpolated by Dr. Dre for his 1995 hit track “Keep Their Heads Ringin” which peaked at number 10 on the Billboard Hot 100.

The quadruple threat Cheryl “The Pearl” is a Rapper, Singer, Writer & Producer whose written hits for the The Sequence including “Funk You Up, Tear the Roof Off, and Monster Jam,” and for the Sugar Hill Gang:  8th Wonder, Apache, & In the Fast Lane.

On Sunday, August 4, Boss Radio Live’s Phelo The Great and Valerie Denise Jones of Big Exclusives hosted an “Invite Only” Press Party in honor of Cheryl “The Pearl”.   Fans, DJ’s, Bloggers & Other Media Professionals joined in to celebrate the phenomenal career of Cheryl ‘The Pearl” Cook and highlight the mark she’s made on the entertainment industry.   They took a trip down memory lane and brought it back to present day, getting exclusive tea on projects in the works under the umbrella of  Cheryl’s entertainment company Black Bottom Entertainment, LLC.

For more deets on the Press Party, check out CHERYL “THE PEARL” DEDICATION PAGE Cheryl The Pearl 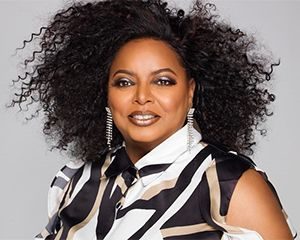