Do you believe it’s possible to love and have healthy relationships with multiple partners? According to Polyamorist it’s not just possible, it’s natural.  Celebrity Consultant and Host of the Judge Joe Brown Show Valerie Denise Jones chatted with Dwayne Mooney, Comedian, Actor, Social Critic and Author of “Sacred Man: A Man’s Guide to Openly Loving, Healing and Managing Multiple Women.” In this discussion Dwayne Mooney gave listeners insight into his polyamorous lifestyle and shared why he feels monogamist relationships aren’t natural.

Listen to the show below; the conversation gets a bit heated. What are your thoughts, are monogamous relationships outdated? Are multi-partner relationships the new norm? Or is this an example of commitment phobia and sexual addiction?

Dwayne Mooney is an American comedian, writer, social critic, television and film actor. He is the son of comedian, Paul Mooney. In addition, he is the father of famous actor and writer Adonis Gladney. Dwayne is best known for his roles in the 1979 movie – The Fish That Saved Pittsburgh – and his role in the 2016 Bravo Television Reality Docuseries – Newlyweds: The First Year – Season 3. Dwayne Mooney resides in Los Angeles, California with his wife and girlfriend. He leads a Polyamorous lifestyle and has written – SACRED MAN – his first book on the subject. –mooneytwinsnetwork.com 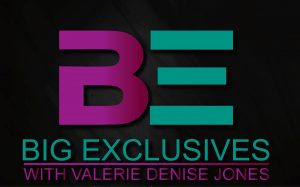 No publisher ID given