Valerie Denise Jones featured Special Guest Joseph “Judge Joe” Brown for the 20 Questions segment this past Friday afternoon on “The Bench Report.”  One word to describe the interview would be Amazing, Informative, Thought Provoking, Raw!  Well, that’s not quite one word, but this interview deserved far more than just one.

Most know Judge Joe Brown from his highly rated Daytime Emmy Nominated show “Judge Joe Brown” in which he presided over a variety of court cases. The show ran for 15 seasons, with Judge Brown being the first black judge to preside in a court television show. It’s safe to say he blazed the trail for other great African American  TV show judges.

Judge Joe Brown’s career accomplishments are remarkable.  He was the first African-American prosecutor in the city of Memphis, TN and he ran his own law practice. Thereafter, he served as a Judge for the State Criminal Court of Shelby County, Tennessee. 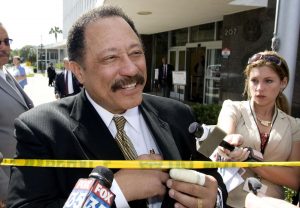 During the interview with Valerie Denise Jones, Judge Brown discussed one of the hottest topics swirling the internet and television media: Alice Marie Johnson, 63-year-old woman serving a life sentence for a nonviolent drug conviction was granted clemency by President Donald Trump at the request of Kim Kardashian West.

With many years of expertise in the justice system to include presiding over high profile cases, one can only image how entertaining and thought provoking this interview was.  Take a listen to Judge Joe Brown’s interview with Valerie Denise Jones on the 4ERadioNetwork HERE and give us your feedback.

Make sure you listen to The Bench Report with Valerie Denise Jones Every Friday at 4pm with Special Guest Judge Joe Brown as he tackles hot trending topics on 4ERadio online. Catch show recaps here on Fashion Life & Tea.