Beyonce told us girls run the world, and that statement couldn’t be any truer. Women in media and public relations are the mastermind behind the positive press and image of brands and products alike. These goal-getter women are crushing the game in their industry. They also wear multiple hats, making their professional resumes impressive. Paving the way and providing a positive image and role model for women of all ages and walks of life.

At Fashion Life & Tea we’d like to tip our hats off to some trail-blazing women making waves. We salute these women every day, but would like to take time to spotlight these Power House women and let them know “Queen we see you, we appreciate you and, we salute you!” With February being Black History Month, what better time than now to spotlight amazing women making history and leaving a legacy. 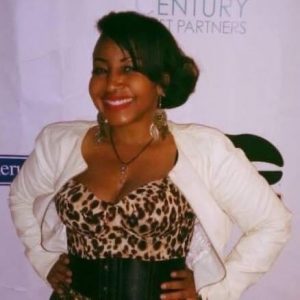 Kimberly Jesicka, known as the “Mother of it All,” is a multifaceted beauty maker, writer, showrunner, innovator, and public relations guru. She has over 20 years in public relations and expertise as a celebrity interviewer and red carpet correspondent. Kimberly has brushed shoulders with A-list celebrities, was a media correspondent on red carpets for popular awards shows, e.g. Teen Choice Awards, and featured on national/international television shows such as The Tyra Banks Show, TMZ, and more. Kimberly is a published author and sought-after career mentor and publicist.

To date, Kimberly owns and runs five iHeart radio shows, owns two animated TV Networks, and is the Founder and Creative Director of KIMILINA Fashion Doll, a Pretty Little Things Curator, and Founder of Kimberlicious Konture makeup and clothing line. She’s been featured in Forbes twice, Variety, Vanity Fair, Glamour, and many others. During her tenure in public relations, Kimberly worked with high-level brands such as the National Basketball Association (NBA) and branded clients to receive national and international media placement. Aside from her impressive career in media and public relations, Kimberly is a former Special Education Teacher and Navy Veteran. She’s an advocate for women’s empowerment and continues to keep her business ethic rooted in positivity and the support of others. 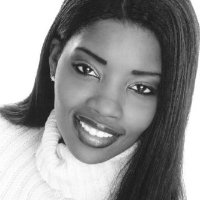 Valerie Denise Jones is a radio personality, producer, businesswoman, consultant, and former model. She is the CEO of BIG Consulting Agency, BIG Media Urban Radio, and BIG Media Worldwide, home to the Judge Joe Brown Show. Her broadcasts are fast-paced, emotionally driven, in-your-face media introducing and debating trending news, pop culture, and all things relevant to cultural topics. Via her platform, Valerie has garnered over 3 million streams, with her shows running on national and international platforms. She produces engaging, thought-provoking content earning her mentions on national broadcast, including The Breakfast Club. Highly strategic, Valerie Denise Jones’ services are sought by clients in the fields of publishing, sports, music, entertainment, and comedy. She’s worked with A-list celebrities, Grammy Winning Artist, Hip-Hop Artist, and Activist and major brands. Through Big Media Worldwide, Valerie has jumpstarted the careers of many on-air talents and launched brands.

Before the launch of her media company. Valerie was an Actor, Runway Model, and former beauty pageant title-holder and Ebony Fashion Fair spokesperson. She’s been featured in a plethora of publications and on runways nationally and internationally, including editorials for Bahamian, Italian, and German magazines. She also appeared in JET, Ebony, Essence, Shape, Today’s Black Woman, Glamour, and more. 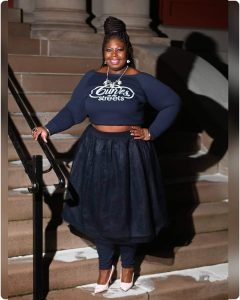 Tammy “D” affectionately known as Miss Fierce And Thick is a model, singer, songwriter, actor, host, and promoter. She’s the Founder & CEO of Diva 4 Life Entertainment LLC., a full-service lifestyle and entertainment enterprise, and the Creator of Curves In The Streets promo/media team.

Tammy has been featured in music videos and on television broadcasts such as Nick Cannon’s Famous music video, on Kandi Burruss’s hit Bravo reality TV show, The Kandi Factory, Bravo TV’s Married to Medicine Atlanta and was selected as a curvy model for the Cynthia Bailey Eyewear campaign, just to name a few. Tammy is passionate about being a body-positive and self-love advocate, motivator, and influencer for the plus-size community. At the top of 2021, she released a Confidence Calendar, filled with positive messages each month of the year. The calendar is a vehicle to encourage and motivate others to push past barriers and show up as their best self. Along with her work in the media and entertainment industry, Tammy serves underprivileged at-risk youth in her role as Regional Foster Care Specialist at the Department of Child Services in her home town Gary, IN. 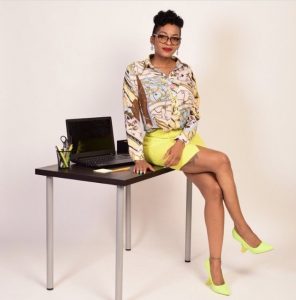 Sandra’s passion for Public Relations and Marketing led her to launch an Independent Boutique Public Relations firm called Just 1 PR, in 2015. She created Just 1 PR to service a growing client base. With her in-depth knowledge and experience paired with her style of work, Sandra has proven to be beneficial with the way she handles and executes business. Her clients past and current have received national and international press. Sandra has groomed brands, growing them into household names and giving them prime media placement on well-respected platforms to include TMZ and FOX. 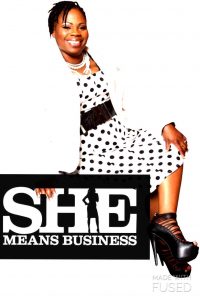 SHE’s clients have received national/international print and media exposure on platforms such as New York Times, BET, Netflix, FUNK FLEX HOT 97, HOT 107.9FM, Rickey Smiley Morning Show, DISH Nation, and more. SHE eliminates the word NO; she views the competition as no competition at all and is not wavered by any obstacles. SHE’s motto is “if it does not exist, we will be the one to create it.” SHE has built her businesses on a solid foundational standard of honesty, integrity, love, and loyalty. SHE believes in building meaningful relationships that last a lifetime or leave an impactful message that carries on. 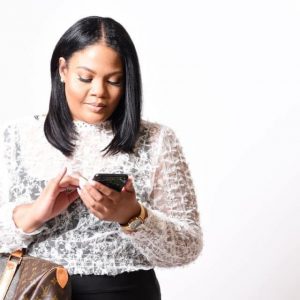 Shauna Lamore is the founder of Lamore Lifestyle Public Relations, a PR firm representing clients across several industries. Shauna’s impressive career accomplishments serve as a reminder that your past circumstances don’t dictate your future. Shauna suffered heart failure, landing on life support after giving birth to twin daughters senior her year of high school. She went on to graduate with a 4 GPA and entered the medical field as a healthcare professional. Shauna was determined to prevail and excel against the odds and crush unspoken stereotypes. She decided to explore her passion for public relations and entrepreneurship, launching Lamore Lifestyle Public Relations.

Shauna brand expanded from a one-woman show to a fully qualified team of PR professionals and Social Media experts. She has placed her notable clients among several media platforms, ranging from local to international, to expand their visibility. Some of these platforms include Essence, Hello Beautiful, Sheen Magazine, Netflix, Yahoo News, Fox, ABC, and hundreds of others.